Below is a list of the top 10 songs 2014 based on radio play and their position on the Billboard charts, including awards they were nominated for and won. 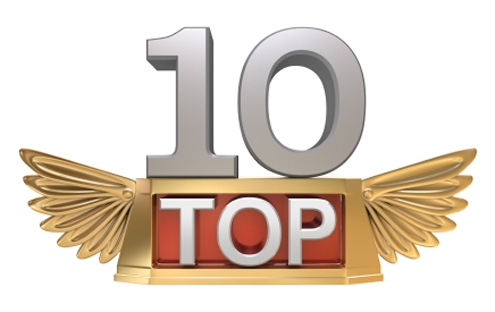 Performed by American artist Ariana Grande, featuring Australian music artist Iggy Azalea, this song originally released on April 28, 2014 from Grande’s second album My Everything from 2014. The song is about wanting to get back to a troubled relationship, but being scared to do so because you know it isn’t a good idea.

Originally released August 25, 2013 from Cyrus’ fourth album Bangerz from RCA Records, this song is performed by American pop singer and former Disney television star Miley Cyrus. The song is about relationship deterioration and may have been inspired by Cyrus’ former fiancé, actor Liam Hemsworth and their ultimate break-up.

Performed by American pop artist Katy Perry, featuring rapper Juicy J, the song is originally released September 17, 2013 as the first single from Katy Perry’s fourth album Prism. The song is co-written with songwriter Sarah Hudson and is about a witch who warns a young man not to fall in love with her because she would be his last love. The song peaked at No.1 on the Billboard music charts and has been a major commercial success for Perry. The song has sold over seven million copies around the world.

Performed and written by American rap artist Eminem, featuring pop artist Rihanna, this song released on October 29, 2013 on his 8th studio album The Marshall Mathers LP 2. The song is about the negative effects of fame on Eminem’s life as well as dealing with inner demons. The song peaked at No.1 the Billboard music charts and was his first number one song on the U.S. Hot R&B/Hi-Hop Songs.

This song is Performed by New Zealand singer Lorde and released on August 3, 2013 on the record The Love Club EP and was later featured on the studio album Pure Heroine in September of 2103. The song is about what’s on pop radio and talks about aspiring to more than the luxury pushed by pop music. The song won the Best Pop Performance and Song of the Year at the 56th Grammy Awards.

This is a song from Disney film Frozen, which is sung by Idina Menzel. A slightly different pop version is sung by Demi Lovato during the closing credits of the film. The song, released 2013, is about Queen Elsa who has been hiding a secret which drives her to hide away without worrying about hurting the people she loves or the kingdom. The song won the Best Original Song at the 86th Academy Award.

Performed by American pop stars One Republic, the song was originally released in 2013 on the band’s album Native. It has strong folk elements and was written by lead singer Ryan Tedder while waiting for artist Beyonce to finish her recording session. The song peaked at No.2 on the Billboard pop charts. It has charted in the top 10 in about 20 different countries and has sold over 4,000,000 copies in the United States.

This song is performed by Pharrell Williams for the soundtrack to the 2013 film Despicable Me 2. It was officially released on November 21, 2013 from the 2014 album Girl. It is a light and fun song about just being a happy person. It peaked at No.1 on the Billboard pop charts in February 2014.

The song, released on August 12, 2013 from the studio album, Love in the Future, is written and performed by recording artist John Legend. This song is about John Legend’s wife. The song has received critical acclaim across the board from music critics. The song peaked at No.1 on the Billboard charts in August 2014, knocking Pharrell Williams’ Happy out of the spot.

Performed by American rap artist Pitbull, featuring pop singer Kesha, the song was originally released on October 7, 2013 from the EP Meltdown, and it peaked at No.1 on the Billboard pop chart. However, it has been the subject of a lawsuit by War and Lee Oskar claiming copyright infringement.