Top 3 Scary Stories to Tell in the Dark 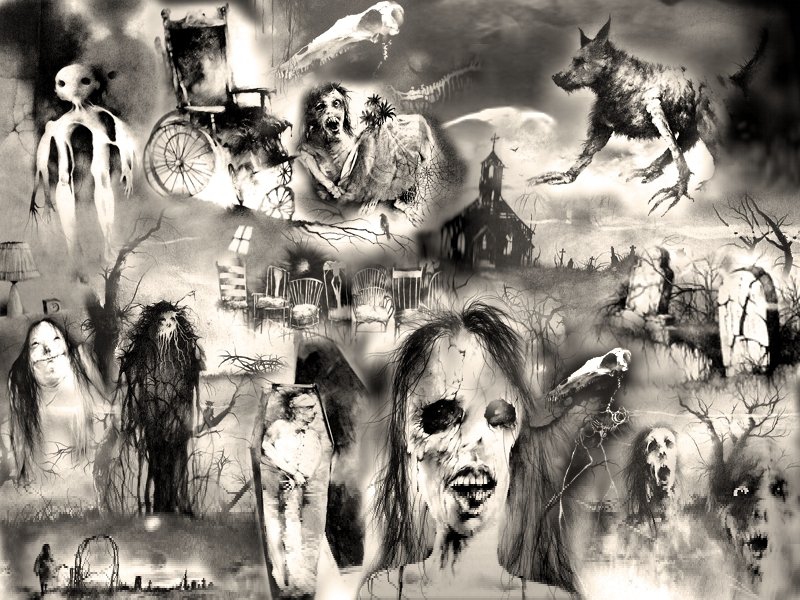 Scary Stories to Tell in the Dark

This one is for children who are naughty to see the devastating cost of their inconsiderate behaviors. Here comes the story: A long time ago there were two girls named Blue-Eyes and Turkey. They had a baby brother named Arthur. Their father was always away sailing. The family lived in a little house on the moor. One day, the two girls found a Gipsy Girl playing a drum on the moor. A mechanical man and woman came out of the drum and danced. Turkey and Blue-Eyes were amused and begged the girl to give them the drum. The Gipsy Girl promised to give them the drum the following day if they were very naughty.

Turkey and Blue-Eyes went home and started upsetting their mother. They drew on walls, spilled their food, shouted, and refused to sleep. The following day, they went back to the moor and told the Gipsy Girl all the naughty things they had done. Instead of giving them the drum, she laughed and told them that they had to do worse things. The girls went home and tore their clothes, walked on their knees in the mud, pulled flowers from the garden, broke all the cups, let the pig out of its pen, etc.

A digression: Among all scary stories to tell in the dark, this one gives a twist here and the most horrific nightmare of all kids started.

The girls’ mother was horrified and warned that she would go away with their little brother if they did not stop their bad behaviors. They would in turn get a mother with a wooden tail and glass eyes. The girls were scared but Blue-Eyes convinced Turkey that their mother would not leave them. When they went back to the Gypsy Girl, she said they had to do worse things. They tried to beg her but she still wanted them to do bad things to get the drum.

The girls went back home and broke the kitchen chairs and table, ripped their clothes, whipped the dog, broke fine china, beat their brother, and punched their mother’s nose. They ignored their mother’s plea to stop their behaviors. They went looking for the Gipsy Girl the following day and found her but she did not have the drum. She laughed at the girls and told them that the drum, their mother, and their brother were all gone. The girls went home and found no one. They waited for their mother and brother to come back but instead the new mother with glass eyes and a wooden tail showed up.

This is one of the stories in the book Scary Stories to Tell in the Dark. Bill was excited to meet his girlfriend Sally. He was ready to ask her to marry him. He found her sitting on the beach, asked her the question, and she agreed to marry him. However, Bill noticed that Sally was always wearing a red velvet ribbon around her neck. He asked about it and Sally said that she could not take it off.

The two married and moved into a good neighborhood. Bill bought Sally many dresses but she would always wear the red ribbon. Sally fell pregnant after some years. On the big day, Sally made Bill promise to tell the doctor not to remove the red ribbon and Bill complied even though he was frustrated. They got a baby boy and named him Billy. He would play with the ribbon but Sally would never allow him to take it off.

Bill’s frustration with the red ribbon became worse. After twenty years of marriage, he bought Sally a beautiful necklace on their anniversary hoping that she would take off the ribbon but she refused. She thanked him for the necklace and put it back in its box. That night, Bill decided that it was time to find out why Sally never took the ribbon off. He went by her side and started pulling it off. As soon as the ribbon gave away, Sally’s head fell off, rolled on the floor, and bounced in the moonlight. Sally shed one huge tear and said, “I warned you!”

In the list of scary stories to tell in the dark to children, this one definitely earns its place. Once upon a time, there were two boys named Will and Trevor. One night, Trevor noticed a weird figure in the darkness. He showed it to Will but they could not figure out what it was. The thing disappeared in the dark and then reappeared. As the boys were trying to figure out what it was, a clammy hand touched Trevor’s shoulder. He turned and found the thing staring right into his eyes. Its rotting skin was coming off.

The thing grabbed Trevor’s hand but he managed to get out of its grip. The boys ran towards home screaming. They shared their experience with their friends and parents but nobody believed them. The scratches on Trevor had begun getting worse. The parents took him to hospital but the doctors could not find any cure. The infection spread to the rest of his body but no treatment worked. Eventually, Trevor was bedridden and he started rotting away. His parents were devastated.

However, on the day he died Will went to visit him in the hospital. He was horrified to find Trevor lying on the bed looking exactly like that thing.