Do You Know the True Story Behind Perfect Sisters?

Perfect Sisters is a 2014 crime drama which Stanley M. Brooks directed. This film starred Georgie Henley and Abigail Breslin and was released on April 11, 2014. The Perfect Sisters true story was based on The Class Project: How to Kill a Mother, a novel which in turn was based on Linda Andersen’s real-life murder story. As such, some details of the murder were changed for the film, but the general facts are based on a true story involving Linda, Sandra and Beth Anderson.

The daughters murdering their mother are frequently referred to as the bathtub killer sisters. In addition to the book and the movie, the public also had the chance to learn about this specific murder case in Deadly Women, a television series from 2010. 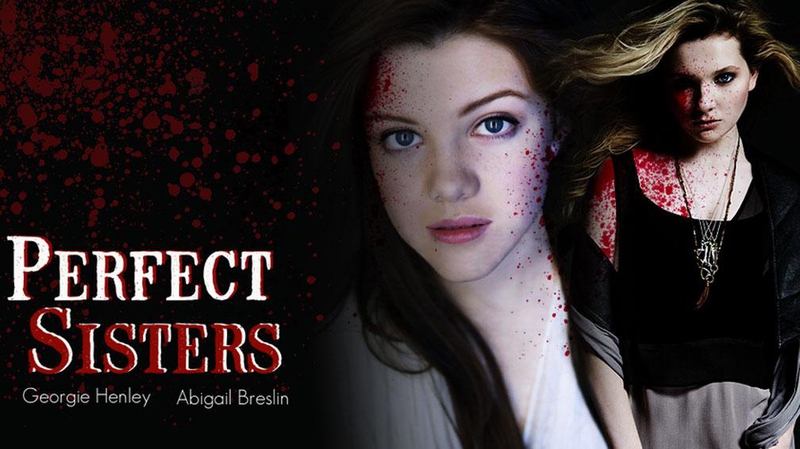 The True Story Behind Perfect Sisters: Murder of Linda Andersen

The names used in the Perfect Sisters book and movie are aliases that the writer of the novel, Bob Mitchell developed due to the girls being under age 18 when they committed the murder and therefore protected by a publication ban. The true story behind Perfect Sisters is about 2 sisters murdering their alcoholic mother.

Here comes the inspiration of Perfect Sisters -- true story behind the novel.  Linda raised Sandra, Beth, and another child as a single mother when their father left. She had depression and was dependent on alcohol and when the murder was committed, she was currently working two jobs. Based on police reports, the sisters Sandra and Beth were tired of Linda, their mother, wasting money on alcohol instead of things that their friends had, such as clothes and swimming pools. At ages 16 and 15, the girls decided that they would get insurance money if their mother died and began to research ways to kill her.

The sisters planned on spending the insurance money on a vacation to Europe, a large home, and marijuana and settled on drowning due to its quick nature. According to reports, Sandra and Beth Anderson told three of their friends about their plan and were encouraged to go ahead with it.

The murder took place on January 18, 2003, when the sisters started giving Linda alcohol at lunch time to make sure she got as drunk as possible. They also gave her six Tylenol tablets to help slow her heartbeat down more and make her easier to subdue. The girls filled up the bathtub and helped their mother lay down in it as she was having trouble due to the alcohol and medication. The sisters then put on gloves to hide their fingerprints and started giving Linda a massage.

After a few minutes, Sandra asked her mother to turn onto her stomach to clean her back but instead pulled her head underneath the water. She released her head after about four minutes, at which point Linda was dead.

While waiting to “discover” their mother, Beth and Sandra had dinner with their friends at a local restaurant to celebrate. When they got home, they called 911, saying they found their mother and were instructed to perform CPR. They pretended to follow directions and cried over the phone when they told the 911 operator that they could not resuscitate their mother. Their plan was initially successful as investigators determined Linda died of drowning. The autopsy found a great deal of alcohol as well as acetaminophen and codeine in her system.

The girls got away with the crime and Linda’s death was thought to be an accident until a young man who was friend with the girls approached the police saying that one of them told him about the murder at a party. The police then gave him a car that was wired with audio and video. They used this to record each defendant describe what happened to their mother. They were both arrested and tried, sentenced to serve 10 years. In 2009, Sandra was released into the custody of a halfway house, with Beth following a year later.

Following their release, both girls worked towards completing higher degrees. Sandra received an acceptance letter to University of Waterloo along with a scholarship for $2,000 while Beth moved to Ottawa where she hoped to apply to school.

After knowing the Perfect Sisters true story, let's turn to the reviews about this film:

The director of the Perfect Sisters, Brooks, has a great deal of experiences creating true-crime melodrama like that found in many Lifetime television movies. The film tries to rise higher than the sordid subject matter via stylistic ambition in the form of fantasy sequences. In these sequences, Sandra and Beth picture their mother acting like they wish she was and later on in the movie, they image various methods of murdering her. The screenwriters, Adam Till and Fabrizio Filippo, turn the first portion of the movie into a deceptively whimsical and lighthearted affair, thanks to voiceover narration and other elements. Later on, the narrative becomes darker in nature, but Brooks does not handle this tonal shift as a director.

The performances by Breslin and Henley help elevate the film with their high quality as the actresses convincingly play the close sisters while Sorvino portrays Linda’s inability to function. James Russo plays the mother’s new boyfriend in a strong manner while the concerned aunt is played by Rusty Schwimmer. This character ends her support for the girls once she discovers what their role in Linda’s death was.