Ebola Viral Disease is a type of hemorrhagic fever discovered in humans in the late seventies in the Congo, the Sudan and Uganda.  It presents much like influenza in the early stages: muscle aches, headache, fever, sore throat, vomiting, diarrhea, but then progresses until dehydration and exsanguination take over the victim’s body. Early treatment provides the best chance for survival. Quarantine is necessary and hydration is vital. In order to prevent the transmission of Ebola, there are three basic things you can do: wash your hands with soap and water; avoid contact with anyone else’s bodily fluids and avoid contact with known or suspected Ebola victims. This article highlights major ebola latest news. 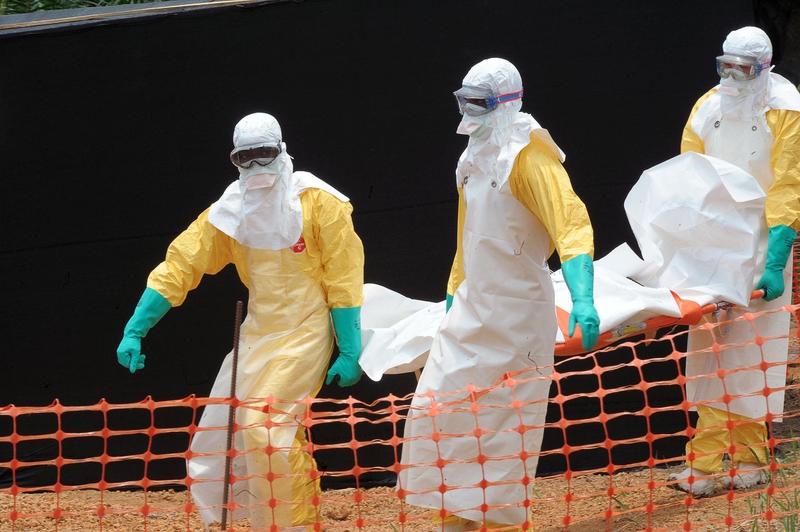 Ebola Case Is Not Yet Discovered in China (Case Suspected)

On October 16th a Nigerian man flew from Taiwan to China. Upon arrival in China, he was checked for fever and his temperature was elevated. He was quarantined and hospitalized. Yet, the city health bureau stated the next day that he did not have Ebola and that they had confirmed this and that the patient’s temperature had receded. Rumors had already started and a biomedical laboratory notified its employees to refrain from frequenting public places.

Ebola Cases in US

●     August 5 - Nancy Writebol, who also worked as a missionary in Liberia and contracted Ebola around the same time as Brantly is flown to Emory’s isolation unit

●     August 21 - Dr. Kent Brantly is discharged from Emory amid much fanfare

●     September 3 - Dr. Rick Sacra, an American missed amongst all the attention paid to the first two victims, is diagnosed with Ebola, although he was caring for patients in a labor and delivery ward, not an infectious disease ward while volunteering in Liberia

●     September 5 - Dr. Sacra goes to Nebraska’s Medical Center, one of the U.S.’s four specialized treatment centers equipped to deal with Ebola, where he receives blood from Dr. Brantly, which is thought to provide some healing

●     September 9 - An anonymous American goes to Emory seeking treatment. The patient had been working in Sierra Leone for the WHO

●     September 26 - Duncan seeks emergency care at Texas Presbyterian, with a fever of 103, telling the nursing staff he’d been in Liberia recently; he is sent home

●     September 28 - Duncan is brought in via emergency vehicle and isolated

●     October 2 - NBC cameraman Mukpo is diagnosed in Liberia with Ebola; he had been filming ambulance medics and other healthcare workers for a week

●     October 6 - Dr. Sacra is released from UMass after physicians rule out Ebola

●     October 10 - Nurse Amber Vinson, who had cared for Duncan, flies commercial Dallas to Cleveland to see her fiancée and plan for her wedding

●     October 12 - A Dallas healthcare worker responsible for Duncan’s specimens goes on a cruise. After the ship departs, CDC notifies the employee about active monitoring regarding Ebola exposure

●     October 13 - Nurse Amber Vinson flies home on a commercial flight with a low-grade fever, so low, in fact, that, at any other time, it wouldn’t have been worth noting. Before flying, she notified the CDC of this and was given no instructions on not flying

●     October 15 - Vinson is diagnosed with Ebola and flown to Emory

●     October 16 - Pham is flown to National Institutes of Health (NIH) in Maryland, where there is an isolation unit for treating Ebola

●     October 19 - The anonymous patient at Emory is discharged

Over the past few days, the suggestion has been made to double the quarantine time as well as to disallow citizens of countries afflicted by Ebola entrance to the U.S. until this runs its course, which could be up to nine months.

As of the start of Oct, 2014, the WHO lists the following as deaths, as well as probable, suspected and confirmed cases:

Among the latest Ebola news, many people are frightened by the idea of Ebola mutating into a more contagious disease. The WHO, widely regarded as an authority when it comes to global health issues, has sounded the alarm that by December the possibility exists of 10,000 Ebola cases per week. Researchers attribute the intense outbreak to Ebola’s nearly four hundred mutations. Each time a person is infected with a virus, any virus, the virus replicates itself. Think of when you copy something on a machine, some copies are lousy. Well, virus copies tend to be very lousy and there tends to be an abundance of lousy copies instead of accurate copies. The bad copies are the mutations, which allow the virus to survive longer, in harsher circumstances, despite medications, etc. This may explain why this outbreak seems so much more severe than those in the past. It just might be possible, according to Peter Jahrling, Chief Scientist - National Institute of Allergy and Infectious Diseases that this strain of the virus is copying itself faster and infected bodily fluids have a higher viral load than in the past.

Ebola is highly infectious without these added characteristics. A tiny drop of virus-contaminated bodily fluid is necessary to transmit the virus. It is estimated that one fifth a teaspoon of blood contains ten billion viral particles. Currently, once you have Ebola, you have lifelong immunity from that viral strain; if the virus were to mutate too much, our bodies wouldn’t recognize it as the same virus upon subsequent exposure, thereby making us susceptible to the virus a second time. The other problem with is that it would render immunizations currently in development useless.

There is encouraging news, however; Adam Lauring, Assistant Professor, Division of Infectious Diseases and Department of Microbiology and Immunology at University of Michigan Medical School explains that most of the changes weaken the virus. We only need to grow concerned if the proteins in the virus start to mutate. In studies, this has happened to about a third of the proteins under examination. This is where it’s important to remember that viruses make bad photocopier, so, even if the proteins were to mutate in a significant number, the virus would then have to copy itself accurately and be transmitted to another hospitable hosts. That’s a number of variables the virus has to pass through before it becomes the perfect storm.

ZMapp is the experimental drug given to Nancy Writebol and Dr. Kent Brantly.  They received two of the only seven available doses. It is a combination of two older experimental drugs (tested on rhesus monkeys and macaques), which draw from mouse antibodies, which are genetically engineered with human components and put onto the tobacco plant. It has yet to go thru a double-blind study in humans, or Phase 1 trials, which is the norm, prior to a drug being released to market. The National Institutes of Allergy and Infectious Diseases participated in the development of ZMapp. Part of the reason that only two doses were available is that it takes so long to grow ZMapp. The tobacco has to be infected with Agrobacterium cultures (this is the second step in developing the pharmaceutical), then the antibodies have to draw from the plant and purified. The whole process takes several months. All doses have now been used. There is some controversy over whether the available doses should have been used on Europeans and Americans. On the other hand, one doctor aptly pointed out that the outcries would have been similar had it first be used on Africans, because of its experimental nature.

There is another experimental medication that has not gotten as much press. The FDA will allow its use under the current circumstances. It’s called TKM-Ebola and it interferes with the RNA (the code on which Ebola is based).