You will find Korean urban legends pretty crazy, if you have been exposed to many of them. Of course, there are also some silly, dull and superstitious quirks like turning your fans on at night or avoiding using red ink; however, most of the legends are the cause of your recurrent nightmares. You may hear stories about strange beings stalking you over the street or in the public restrooms late at night. When they finally catch you, you have no choice but to die. Here are some of the legends in urban Korean that will make you hair stands on end. 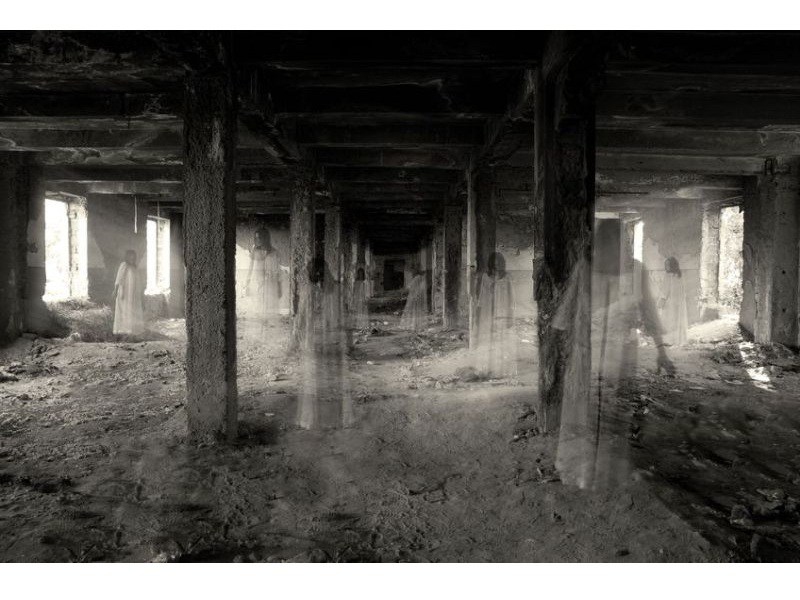 A man was living on the top-most floor of the apartment building. One late night, he heard someone knocking on his door. He did not find anyone at the door, but he heard a voice telling him to count to 100 with his eyes closed and without making any noise. He started counting but got curious at 49. He opened his eyes and found a virgin ghost staring at him. It is said that Virgin ghosts are most likely to be found in abandoned buildings. They are dressed in white and have long hair.

Koreans have many stories about haunted school bathrooms. In one story, there is a haunted toilet where a girl committed suicide. Then strange things happen. The toilet flushes itself and the door shuts itself. Sometimes people hear the dead girl crying or see her staring at them in the mirror. In another story, a ghost appears in the toilet and offers you red and blue tissue. It cuts you open if you choose red and suffocates you when you choose blue.

One of the common Korean urban legends is about writing in red. Many parents tell their children that writing in red will bring bad luck. Red pens are used to write the names of the dead and not the living.

A woman who was obsessed with beauty asked a healer for a magical cream to keep her skin young. The healer told her to place sesame seeds on her body before soaking in a bath. She went home excited and tried the remedy at once. Her mother was concerned that she overstayed in the bathroom. So the mother opened the door and found her daughter picking sesame seeds that penetrated in the pores of her skin.

A man sitting in a subway car notices a tall, thin woman walking in and sitting in front of him. She has dark and long hair covering most of her face. But he notices that the woman wears a red surgical mask. Later, she catches him staring and asks the man if she is pretty. The man gives an affirmative answer. Then the woman takes off her mask and the man is shocked to see there is a long gash on her face which makes her gums, teeth, and ligaments revealed. She takes out a scalpel but the man jumps out of the car just in time.

This legend talks of a leader in the South Korean mint. His daughter was abducted, killed, and dismembered when he was away on a business trip. It is said that the mint decided to include pieces of her name and images of her body parts on the South Korean currency to appease her ghost, because the murderers were not tried. But the mint denied the claim.

Taxi drivers who harvest your organs

One of the creepy Korean urban legends appeared on a social media, Kakao Talk. According to the legend, a drunken man was stabbed with a needle in the neck after getting into a cab. He woke up in a field and found his stomach open and his kidney missing. This legend is controversial and people think it comes from horror films since some movies including a Korean movie, Sympathy for Mr. Vengeance, have a similar plot.

Death by fan while you sleep

Many Koreans are superstitious about sleeping with a running fan. They believe that a fan can suck oxygen and suffocate you while you sleep. Other Koreans believe that fans can cool your body until you die of hypothermia.

Sleeping with the cattle

An urban legend is about people living in one of the small villages in South Korea. The villagers were shocked to hear a human voice from a mass grave where the cattle that died of the foot and mouth disease were buried. They opened the grave and found a human body in the grave and later realized the deceased owed a loan shark. Dozens of other human bodies who also owed the loan shark were found in similar graves.

Oysters that grow on your lap

A man hurt his knee and suffered a deep cut in his flesh after falling on a big rock. He washed and bandaged the wound, but it started itching pretty bad after a few days. He was reluctant to remove the bandage fearing that the wound would get worse. When he finally did, he found oysters covering his knee. The rock had oyster eggs that got into his skin, fed on his blood, and hatched.

This is one of the Korean urban legends which started in Japan. A man found a human-faced dog feeding on trash under a bridge. The man thought he heard someone else talking only to realize that the creature was partly a man and partly a dog. The creature disappeared but Koreans believe that it was a man who was cursed for living in sin.

You may get kidnapped if you wear headphones in public

South Koreans believe that listening to loud music on your MP3 player makes you a target for kidnappers. You cannot pay attention to what is happening around you when listening to music. Many Korean bulletin boards and blogs post such abductions as public service announcements.