10 Remaining Tribes in Jungle Isolated from the Modern World

In today’s technologically advanced era, it is hard to imagine that there are any hidden pockets of the world left. It seems like every tree has been studied, every animal named and every mountain climbed. And yet, hidden deep in the Amazon, high in the mountains or in the wilds of Siberia there are lost civilizations and tribes that still live separate and isolated from the modern world.

These tribes continue to live the way they have for centuries, embracing the wild and rejecting modern “convenience”. Adapting to whatever their environment throws at them, here are ten of the remaining tribes that still are thriving today.
1

This is an Indian tribe: the Sentinelese Tribe. In between the Bay of Bengal and the Andaman Sea is a tiny Indian island known as North Sentinel. For the last 60,000 years, this has been home to a tribe that has repeatedly rejected all contact with the outside world. Still living a “hunter/gatherer” lifestyle, this tribe’s most recent outside contact was in 2006 when two fishermen landed on the island. The Sentinelese responded by killing the men and then shooting arrows at a helicopter that was sent to locate them. Perhaps this hostility is why they are thought to be one of the most isolated tribes in the world. 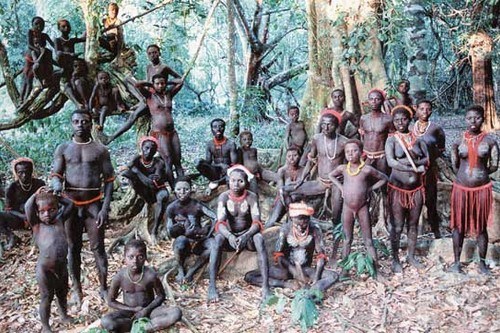 In the dense tropical forests of Guinea, Indonesia, scattered across mountain ranges, there lives a jungle tribe known as the Korowai. Their first contact with the outside world was in 1970’s, when a group of missionaries discovered a group of people living in timber treehouses and using stone tools. Today, little has changed. The Korowai villages are so scattered that they have almost no contact with each other, let alone the rest of civilization. The Korowai have long held that any changes to tradition would result in a mighty earthquake that would destroy the world, and so, for the most part, they are left alone. 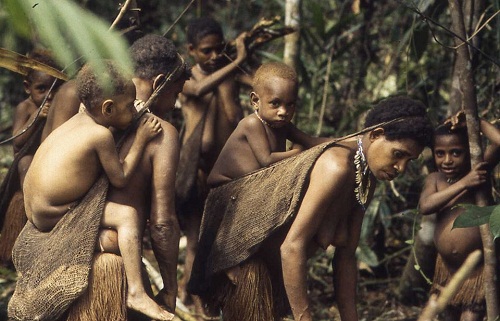 The vast wilderness of Northern Russia is not home to very much, but it’s home to an isolated population known as the Old Believers. Back in the 17th century, a small group split from the Russian church and decided to create a separate society. The first indication that this group existed was in 1978 when geologists in a helicopter spotted a small cabin in remote woodland in Siberia. They had discovered a family that had been living in total seclusion, eating out of hand carved containers, foraging in the woods and wearing nothing but burlap sacks. This family turned out to be just one of many groups belonging to the Old Believers. 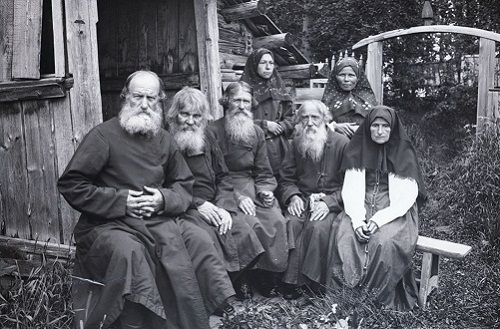 In recent years, members of a primitive jungle tribe started appearing alongside a popular Peruvian river, where they showed a particular fascination with machetes and metal cooking pots. They were members of the Mashco-Piro tribe, an Amazon rainforest tribe that have lived in isolation for centuries. The Peruvian government initially tried to protect the Mashco-Piro tribe from exposure to the outside world by refusing to allow curious anthropologists or greedy developers access to the area. Lately, however, local tourism companies have started offering visitors the chance to go on “human safaris”, where they can get up close and personal with primitive tribes. 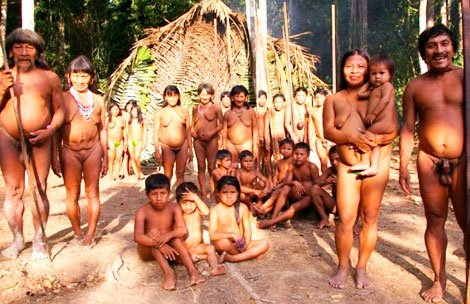 When Australia was first colonized in 1788, the British encountered countless Aboriginal tribes scattered across the continent. By our modern era, the vast majority of these tribes had become well acquainted with “the white man”, but in 1984 the nomadic Pintupi saw a white person for the first time; their reaction was to assume they had encountered an evil spirit. Their only previous encounter with other people had been a run in with westernized indigenous Australians a few years earlier. At the time, the Pintupi were carrying large spears and wearing belts made out of human hair, which caused the westernized Australians to draw a gun and fire a warning shot, effectively scaring the Pintupi away.

In Ethiopia, there lives a nomadic group of cattle ranchers who have effectively avoided all contact with the outside world, showing no interest in European colonization or any of the wars that raged on around them. In the 1980’s, the Surma were approached for the first time by outsiders; Russian doctors whose skin are so white, the Surma thought that they were being contacted by the walking dead. Famous for their men’s fierce stick fighting, the Surma also have a well-known tradition of inserting clay plates into the bottom lip of young women looking to get married. 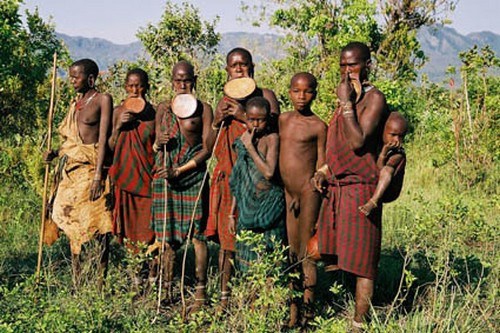 After a particularly fierce American bombing raid during the Vietnam War, a group of North Vietnamese soldiers were startled by a group of indigenous people who appeared in the jungle. These were the Ruc, a jungle tribe living in isolation in the eastern Quang Binh province. Since that time, the Vietnamese government has repeatedly tried to force the Ruc into the modern world with efforts that the Ruc have strongly opposed. Some members of the Ruc tribe still inhabit cave systems in the jungle, intricate caverns that have only been explored by the elders of the tribe. 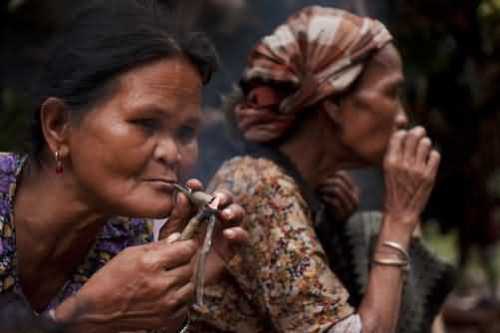 If there is one thing that is likely to deter exploration into unchartered territories, it’s the threat of cannibalism in the jungle. In the damp forests of Papua New Guinea, there still live primitive tribes that shun contact with the modern world with new tribes still occasionally discovered. Expeditions into the Papua New Guinea, wilds have been attempted, but these are often cut short by difficult terrain, monsoon rains and, occasionally, the aggression of the tribes they have been looking for. The most famous example was an expedition led by Michael Rockefeller, an American millionaire, which ended with his disappearance and alleged death at the hands of cannibals. 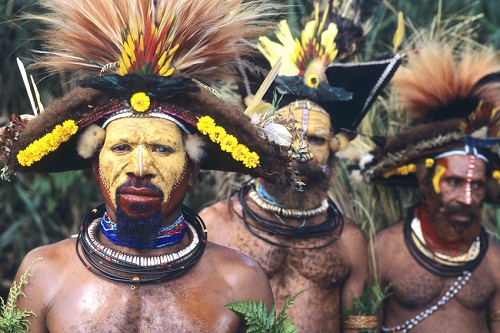 This is another Indian tribe who still live in isolation from the modern development.

In the Indian Andaman Islands, there at one time existed around 7,000 indigenous people. With the arrival of settlers from mainland India, this indigenous group began to shrink in numbers due to a result of lost territory and disease epidemics. Today, there are only around 400 people remaining of the native Andamanese tribe, but they continue their quest to remain independent. Armed with bows and harpoons, the Andamanese jungle tribe lived as “hunter/gatherers”, but strangely, they were one of the few known groups who still did not know how to make fire in the 19th century. Rather, they would preserve lit embers that they found after lightning strikes in the area. 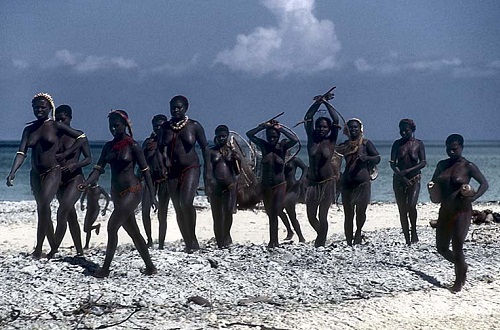 Deep in the forests of Paraguay, there lives a tribe known as the Ayoreo-Totobiegosode, the last group of native Indians from the south of the Amazon basin remaining uncontacted by the outside world. There was controversy in the 1970’s and 80’s when the New Tribes Mission tried to make forcible contact with these native tribes; the actions included dragging some members of the tribe out of the jungle soon after they died. The greatest threat to this tribe is the encroachment and destruction of their land; although the Government affords them protection, the forest is still being illegally cleared to make way for cattle ranching. 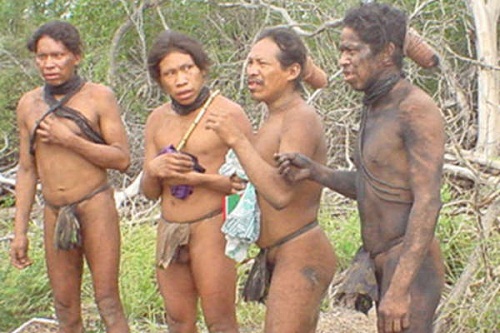