Introduction
Part 1
1 How Popular Are Social Networks?
2 The Rise of Social Referrals
3 Facebook and Embedded Content
4 Closing Silos
5 What Is New Is Old
6 The End of the Web as We Know It

The way we use the web is changing. The rise of social networks and apps have created closed silos where people are spending increasing amounts of time, at the expense of the open web. 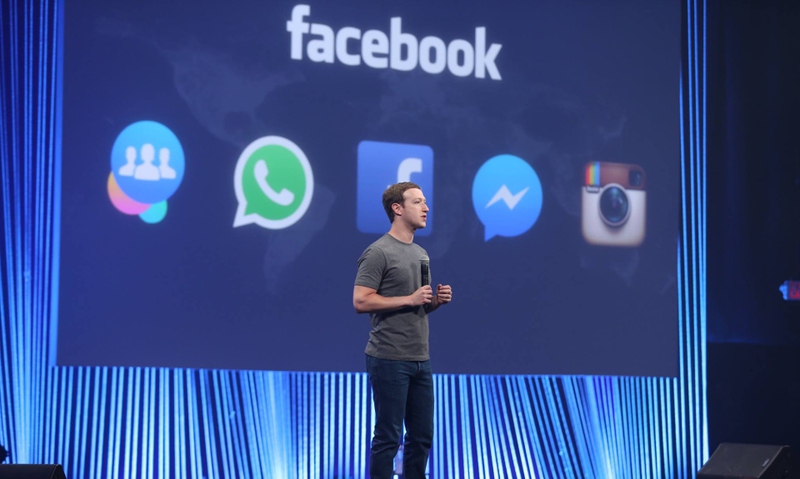 How Popular Are Social Networks?

Facebook has more than 1.4 billion monthly users, According to Digital Marketing Ramblings — that means that 72% of adults who use the Internet visit the site at least once a month. 936 million of them, or 65% of Internet using adults, use Facebook daily. It’s the second most visited site globally, just behind Google. These are serious numbers.

Facebook’s mobile stats are also impressive. More than 1.2 billion people use the app monthly. Two thirds of them use the app daily. 581 million, or 30% of Facebook users, only login from a mobile device.

Other social networks don’t come close to Facebook’s numbers. Even Twitter — which we love here at MakeUseOf — only has around 300 million users.

Even more interesting than the raw user numbers, are how long people are spending on social media everyday. A report by eMarketer found that the average Facebook user spent 42 minutes on the service everyday. The average Twitter user clocks in at just under half that with 17 minutes. I can’t imagine people are spending anywhere near that length of time using Google.

Whatever way you look at it, huge numbers of people are using social media for a significant amount of time every day.

The Rise of Social Referrals

Since the early days of the open web, search engines, in particular Google, have been the major driver of traffic for most sites. Whole industries have grown up around optimising websites for their algorithms. In the past year this changed.

According to data from Shareaholic, the percentage of website visits from social networks has risen from around 11% in 2011 to just over 30%. In the same time period, traffic from search has fallen from well over 40% to just under 30%.

The open web just isn’t as important as it once was.

Google, for the most part, helps you find out what’s on other sites. Facebook isn’t content to do that: they’re looking to capitalise on the increasing amount of time people spend using their service by working with publishers to embed content directly into the newsfeed. More time on Facebook means more ad revenue.

At MakeUseOf our opinions are divided as to whether this is a good thing or a bad thing. Whatever your opinion, it is clearly a nail in the coffin of the open web — people will spend more time on Facebook and have less reason to visit other sites. Any that aren’t Facebook partners will see a drop in readers.

While Google and the open web have been what most people think of as the Internet for the past decade, this is clearly shifting. Not only are social networks monopolising peoples’ time, but publishers are following and going where the users are.

Facebook isn’t the only social media network working with publishers to reach people away from the open web — Snapchat launched a new program with 11 publishers including National Geographic, Vice, and the Daily Mail earlier this year. According to re/code the program is proving extremely successful: each Discover story is viewed between 500,000 and a million times a day. Publishers are inserting ads in the feed and are apparently getting around 10 cents per impression, or up to $100,000 a day in revenue.

While all Snapchat’s partners are existing publishers, we are already starting to see publications that ignore the open web and instead work within the social networks.

The Shade Room is a TMZ-esque gossip site that started out publishing exclusively to Instagram and later Facebook. Instead of using a more traditional content management system like WordPress, the Shade Room uses Instagram to publish directly to their followers social media feeds. They even sell ad spaces for several hundred dollars.

As social media sites increasingly make it possible for publishers to exist within their closed silos, we’re going to see more examples like the Shade Room. Why direct people to an external site when you can reach them directly where they’re spending most of their time?

What Is New Is Old

The trends are pretty clear. The web as we know it is dying. Google’s relevance is falling. It just isn’t driving the traffic it once did and bloggers are starting to notice. It looks like, over the next few years, the importance of social networks will continue to rise and publishers will follow users to the services.

Facebook is trying to become the one-stop-shop for the web, much as AOL was in the late 90s. Unlike AOL, though, Facebook is unlikely to be replaced.

Writing in the Awl, John Herman argues that the Internet will start to “closely resemble the TV industry” in the near future. He argues that websites will cease to be relevant and instead publishers will need to work directly with a limited number of social networks to stay relevant. Different networks will partner with different publishers and the TV paradigm of channels will be recreated all over again.

The End of the Web as We Know It

If Ben Thompson and John Herman are right, it looks like there is very little we can do to stop the shift. Publishers already struggle to make money. If social networks continue to pull attention, and content creators, away from the open web there is not much that can be done to slow the process. Facebook and Snapchat reaching out to publishers and offering them an olive branch is only likely to accelerate the changes.

What seems is inevitable is that the open web as we know it is done for. Users are being consolidated into larger social networks and spending more time there. Even if Facebook and Snapchat’s attempts to get publishers using their platforms directly fails, social referrals are likely to continue to increase in importance. The web of the next few years is going to be increasingly social and mobile.