Gone are the days when cartoons were thought to be for children, and anime for creepy old men. Today, both have become increasingly popular among adults, especially young adults. Anime, especially, has seen a phenomenal increase in popularity which itself has led to several Anime Cons across the globe. And for those of you who thought that anime was just for men, you couldn’t be any farther from the truth. Besides, with an increasingly high number of attractive male anime characters, it’s no surprise that the number of female fans grow by the thousands every day. 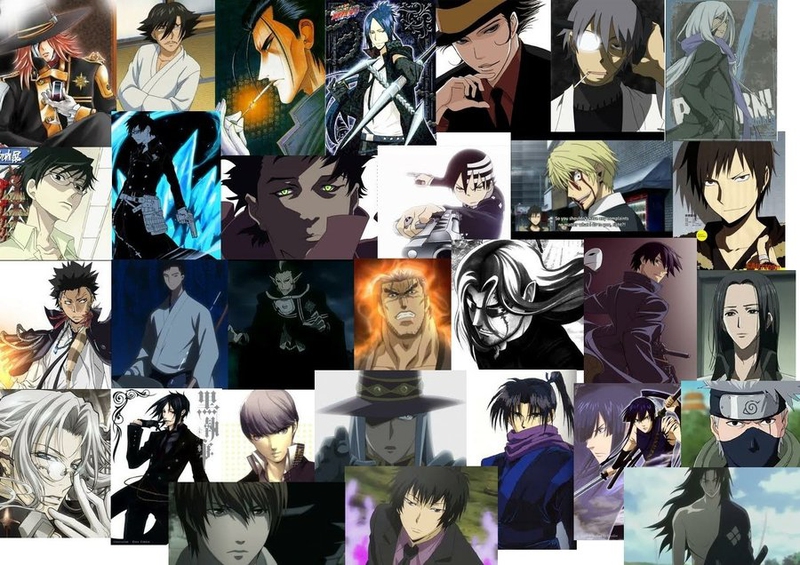 So who can make to this list? Well, this can be a very debatable question, seeing how the definition of "hot" differs from person to person. This list contains some of the hottest male characters out there and we’re sorry if your fav didn’t make it to the list! But you can leave comments to share your fav with us and others.
1

Yes, yes. Avatar wasn’t an anime show since it was made in America. But so what? Its style is exactly the same as anime cartoons, and its character development is to die for. The Nickelodeon show became a super hit almost overnight, and none of the characters was quite as popular as Zuko, the angst ridden young man who took an oath to get back his honor by catching the Avatar. Voiced by Dante Basco aka Rufio from Hook, Zuko is the type of character that undergoes tremendous change, who, in the end, becomes the Avatar’s lifelong best friend. And for those of us who shipped Zutara, well, that ship sank before it even made to the port!

He’s your typical bad boy that has an emotional side to him. Intelligent, athletic, great at cook and lots of great luck – add to his good looks and you have one of the hottest male anime characters out there. Remember that one time he jumped off the school roof but didn’t get a scratch on his body? He has a naughty side to him which gets all the ladies swooning for him like crazy. If you’re a Kaichou wa Maid-sama, then you know what I mean.

This dude’s the hottest antihero out there! He’s a demon who is cold and calculating, and whose hatred for humans is made clear from the very beginning. But his taking in a small girl shows off his "good" side, and well, which girl doesn’t like a bad guy turned good? Of course, his deceptive good looks are also a great reason why he’s so popular among the ladies.

Death Note is THE anime to watch, and Light is the protagonist of this manga series. Created by Takeshi Obata and Tsugumi Ohba, it’s one of the most popular anime series ever. What makes Light, or L as he is also known as, one of the hottest male anime characters is his sheer intelligence. At 16, you could easily mistake him for another school boy but underneath that calm demeanour lies the second biggest mastermind of the century (after Kira, of course). His morally ambiguous stands, using and throwing away people, and his maliciousness might turn a lot of people away, but it’s exactly the type of stuff that make women go gaga over L.

A born leader, Ackerman or Captain Levi is a seemingly hostile character, who is a softy deep down inside. He’s brave, smart and emotional (a side people don’t get to see very often). He is humorous, but his humours tend to the dark, insulting or vulgar. However, his hostility is simply because of the circumstances in which he was raised – if they were different, he would too have grown up to be a much different person.

If you’re the type of girl who falls for good boys, then Gary is definitely on your Top 3 list of the hottest male anime characters. Strong, smart and funny, Gary seldom wears a shirt, which is good for all his fans because we get to see his perfect abs in constant motion! His blue eyes and spiky black hairs are just cherry on top of the cake. And that scar on his forehead after the mission on Galuna Island? Dayum!

Lelouch vi Britannia is the protagonist of the series, and he’s yet another antihero who has surprisingly stolen a lot of hearts away. Menacing, cold, intelligent, loyal and unhesitant to take risks, Lelouch’s stance to free the world from Britannia’s dictatorship finds resonance with fans all over the world. Of course, he has a very sad back story which leads him to be who he is as an adult, and I’m pretty sure that the death of his mother and his thirst for vengeance did increase his rating on the hotness scale.

How can we even write a list of hot anime characters without including Sebastian? Patient, loyal, smart, polite, and an accent to die for – he’s the perfect "good" guy that ladies swoon over. He can get away with murder if he wants, and he doesn’t think twice before playing dirty. A lot of his fans vouch that he appears to be even more attractive when he's being evil.

Anime isn’t really restricted to TV shows, is it? Movies count as well. And yes while there are hundreds of hot anime movie stars out there, Howl is definitely high on the list of the hottest male anime characters. Despite going through hell, he still is an amazing character. A brave warrior with a heart of gold, Howl also manages a delicately unique balance of naivety and intelligence well beyond his years.

Still want more hot male anime characters? Here are 15 more, which will definitely give more reasons to love anime no matter what age you are.