Introduction
How Many Ebola Virus Strains Are There?
Point 1
How Is Ebola Virus Transmitted?
Point 1
What About The Worry That Ebola Will Mutate to An Airborne Strain?
Point 1
2 It's highly unlikely but there are worries that it would mutate into a new strand

The Ebola Virus Disease has a mortality rate of 90% of those infected. When a person contracts Ebola virus, they start with an Ebola hemorrhagic fever that causes damage to the endothelial cells, which line the blood vessels. In turn, the blood is not able to coagulate properly, thus damaging the walls even more. Ultimately, the person will suffer from hypovolemic shock, which means a traumatic decrease in the blood pressure. If not given medical attention immediately upon showing signs, the hypovolemic shock can result in death. Even those who receive medical attention are still battling against the odds to survive. This article explains in detail ebola virus strains as well as ebola virus mutation which makes it more dangerous. 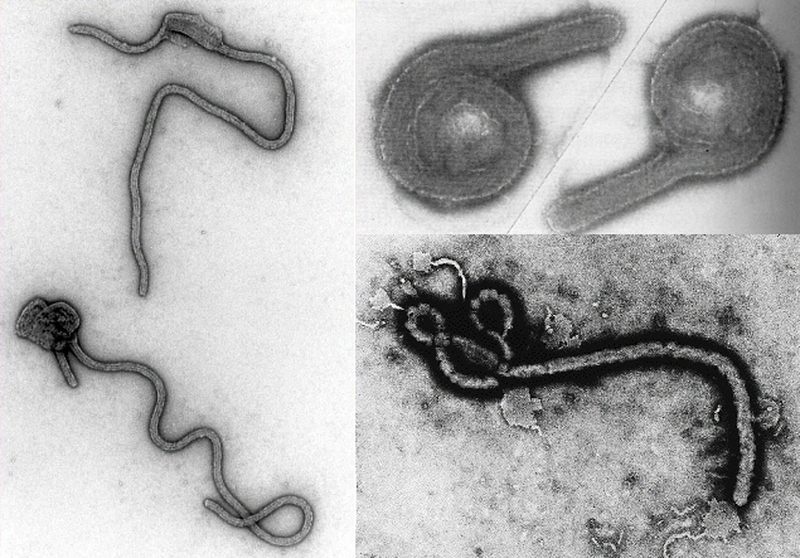 How Many Ebola Virus Strains Are There?

Ebolavirus is a part of the virus family Filoviridae, and often the members of this virus family are fatal in people and nonhuman primates. Ebola viruses cause Ebolavirus Disease (EVD), which is an illness that causes high fevers, rashes, vomiting, diarrhea, and hemorrhaging. Ebola virus gets its name from the Ebola River, located in Central Africa, and is a part of the Congo River. In 2014, the most devastating outbreak of Ebola occurred in west Africa.

The Ebola stains are often named after the area in which the strain was found in Africa. There five identified strains or species of ebolavirus are:

Out of these different ebola virus species, the mostly commonly seen in humans is Zaire, Sudan and Bundibugyo Ebola Virus. Among the five ebola virus strains, Reston Ebolavirus only affects non-humans. The types of Ebola strains that are listed may not be the only types of strands that can be found. As the Ebolavirus mutates, new strands combine with one another and ultimately become a new strand of the virus.

Scientists have yet to confirm what type of animal is the host for Ebola, however, the majority of the scientific community seems to believe that the fruit bat is the main carrier.

How Is Ebola Virus Transmitted?

Due to the high mortality rate of the Ebola virus, it is considered highly dangerous and is a bio-terrorism agent that could jeopardize global health. The virus is spread through contact between the infected, mainly through bodily fluids, such as saliva, urine, feces, sweat, tears and semen. It can also be transferred through uncooked meat of mammals that carry the disease, such as fruit bats, apes and monkeys. However it is transferred, any strain of the Ebola virus can be a testament against any person’s health.

What About The Worry That Ebola Will Mutate to An Airborne Strain?

A huge worry of many of those who learn about Ebola is that a new Ebola virus strain will become airborne. The idea of this virus becoming airborne is a dangerous idea, and one that can cause massive panic. This fear is not only publicly held, by many in the scientific community have the same worry. If the virus were to become airborne, it would mean a faster rate of spreading from country to country, ultimately allowing this virus to infect millions in a matter of weeks. Many scientists point out that viruses naturally mutate as they progress, and the rate at which Ebola mutates is amazingly fast compared to other viruses that are seen. Researchers monitoring the virus for a course of 3 weeks, found more than 300 mutations within the virus. This high rate of mutation is the seed of worry for many scientists who study viruses and diseases among humans.

This fear is expanded upon when thinking back to the 1989 outbreak of Reston Ebolavirus, which was transmitted by air between monkeys. In addition, the outbreak of Ebola Zaire which was seen in 2012, and now in many countries, was transferred through the air between pigs and monkeys. Many people worry that if this can happen between animals, what is to stop it from happening between people.

However, despite the worries that it will mutate to an airborne Ebola strain, most scientists point to this being a worry that should be low on the list, as the chances of a virus mutating to this extreme is highly unlikely, and something that people should not be frightened of. Scientists state this due to the study on various other viruses that plague the world in relation to the Ebola virus. In over 100 years of studying viruses, there has never been a virus that has mutated to the point in which it is spread in a different manner. Even after studying HIV and Hepatitis C, two of the most dominant spreadable diseases and viruses seen in the world, for several years, the viruses have never changed the way in which they are transferred from person to person. Thus, there is no scientific findings that would support the mutation of the Ebola virus to become airborne in the foreseeable future. The Ebola Virus is an RNA virus meaning that it does mutate one or two times with each copy that is made. However, though the mutations are numerous, the actual mutation itself is rather small.

The scientific community warns that airborne mutation is unlikely, but people should be prepared for the Ebola virus mutating to the point in which the virus becomes a new strand. This would mean that survivors could be infected again with the virus. It would also mean that all the vaccinations that are being made to combat the virus would prove ineffective against a new strand.