Ebola Virus Disease (also called Ebola Hemorrhagic Fever) is believed to be one of the deadliest virus infection. With a fatality rate of up to 90%, the current outbreak affecting West African countries like Sierra Leone, Liberia, Guinea and Nigeria is the deadliest Ebola outbreak to have hit the continent.

Right now, experimental drugs are being tested to treat ebola, but there is no FAD-approved medicines or vaccines against this disease. With cased being found out in the U.S., more people are terrified over this killer disease. Below are some ebola virus disease pictures, including Ebola virus, symptoms as well as what is being done to contain this virus.

Ebola virus is deadly and can replicate very fast once it enters human body.

Symptoms of Ebloa virus disease are nonspecific at first, like headache, fatigue and pains. However, if proper supportive care is not provided, it can cause internal bleeding and death in just a few weeks
1

Progression of Ebola symptoms in timeline.

Hemorrhagic rashes all over the body. 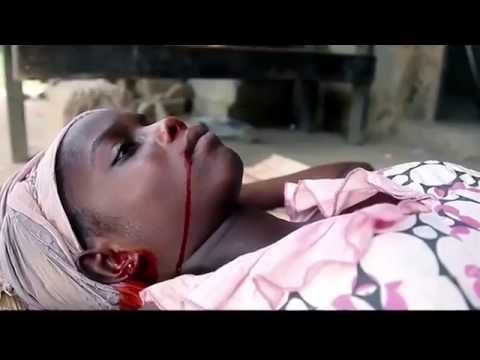 Victim died of Ebola with internal and external bleeding.

After Ebola killed her sister-- Mekie Nagbe (28), a woman crawls towards her body as the burial team members take her for cremation Monrovia, Liberia.

Volunteers wearing protective suit help to bury the body of an Ebola victim in Waterloo, 30 kilometers southeast of Freetown.

Medical staff of the 'Doctors without Borders' ('Medecin sans frontieres') medical aid carry the body of a person killed by the virus.

Hanah Siafa lies with her child while hoping to enter the new Doctors Without Borders (MSF), Ebola treatment center.

Ebola virus disease can only be transmitted via direct body contact, however, poor conditions can facilitae the spread of  Ebola virus.

Eating bushmeat that has Ebola virus can also make a human contract the disease. Picture shows bushment being burnt to prevent further transmission.

Man with initial symptoms of Ebola being treated by doctor.

Man being treated through supportive care like given fluids.

Gloves used by the medical staff are being dried and disinfected.

Doctor studies live culture of Ebola virus in an effort to come up with a treatment strategy/ valid vaccination against this deadly viral disease.

People unload healthcare and protection material at Conakry's airport, to help fight the spread of the Ebola virus and treat people who have been already infected.

Posters which educate the people about Ebola symptoms and ways of infection.

Making its first appearance in 1976, Ebola virus disease has since then occurred a dozen times until the worst infection of all happened in 2014. 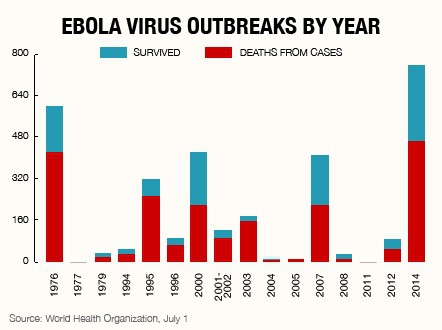 Picture showing Ebola outbreak area, number of cases as well as the strain of ebola virus that leads to the outbreak (4 statins of Ebola virus can lead to Ebola virus disease). 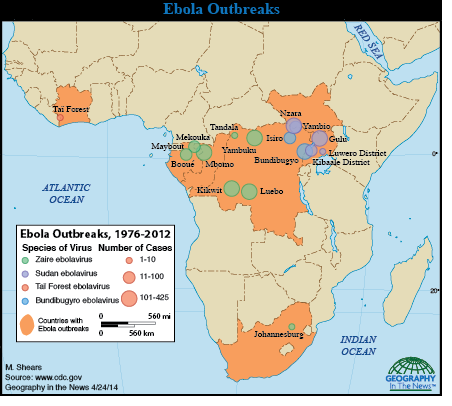 U.S. President Barack Obama holds talks with Director of the Centers for Disease Control and Prevention Dr. Thomas Frieden (R) and U.S. Secretary of Health and Human Services Sylvia Burwell (L) after meeting with his team coordinating the government's Ebola response in the Oval Office of the White House in Washington, October 16, 2014. 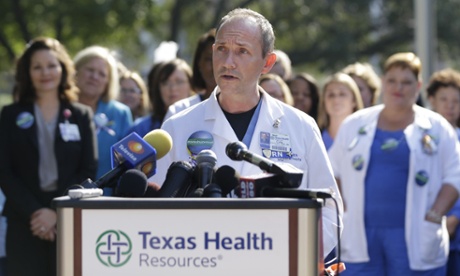