We come across strangers every single day – be it at the office, mall, shopping complex, street, jogging in the park, or reading a book under a tree. Wherever we go, we’re surrounded by strangers and, quite honestly, there’s nothing uncomfortable about that because we’re so used to being in the presence of people we don’t know. And most of the times, things go smoothly. But what about those people for whom things aren’t as rosy as they are for us? What about those very weird and nearly inexplicable encounters some of them have with strangers? 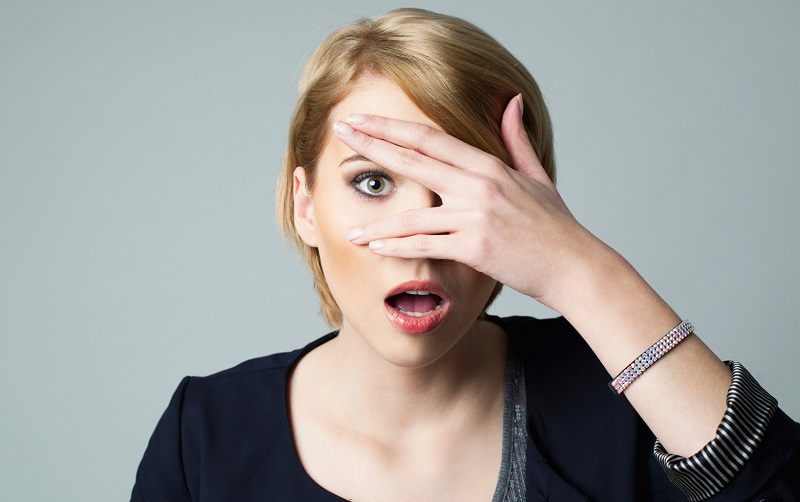 Most stories are forgettable. But some will always remain seared in our minds. Scroll down below to read about three creepiest encounters with strangers.
1

When an urban legend came true

This story was narrated by Ashley F, a 26-year-old nurse in the busy city of NYC. On a freezing January night, young Ashley was on her way home right after her night shift at the community hospital had ended. The time would have been somewhere around 3am, and, needless to say, the roads in front of her were completely deserted. On the way to her car in the parking lot, she saw this man lying smack down in the middle of the street.

Her nurse’s instincts kicked in and she rushed towards the man, but something about the entire scenario seemed off to her. So she instead got into her car, rolled up her windows and dialled 911. And then suddenly, something terrifying happened: the man on the road got up, rushed towards Ashley and started banging on her car’s window. What’s worse was that he had a cleaver in his hand. It didn’t take Ashley long to figure out this was all a ploy to get her near the man on the street, who would have then killed her and taken off with her car and money.

It was a close shave and till this day, Ashley says she’d rather call 911 and let them take care of an unknown person she comes across, rather than taking the situation into her own hands. Her creepy encounters with strangers surely taught her a life lesson!

The monster is under my bed

This happened to 18-year-old Kristina, a bright young student from the city of Chicago. She had left her parents’ home and was out living in her own apartment for the first time in her life. This happened when she was in the process of moving in. She was on the phone with her mother, and since it was night time, she was discussing what she was going to have for dinner.

Suddenly, the phone slipped from her hands and fell on the floor, right in front of her bed. She bent down to pick up her phone when she noticed that there was someone, or something, underneath her bed. Although terrified, she calmly continued talking to her mother so as to not scare off the person underneath her bed. She walked out of her bedroom, locked it, walked out of her apartment, locked it and ran to call the super. The two rushed to her apartment and opened the door. The super looked under her bed…. And there was nobody there.

It took her a few days, but Kristina put two and two together and realized that it was that creepy old man who had been stalking her for the last 2 weeks. But the question remained – how did he get inside and outside of her apartment when her bedroom had no windows? Does it count as creepy encounters with strangers when no actual encountering was involved? You be the judge.

The one where I could have been a rape victim

Kinnah M, a bubbly 23-year-old Texan girl recounts what could have been the most horrifying experience of her life. "Just for fun," she said, "my friends decided to create a dating profile online for me and as luck would have it, they managed to find the 'perfect' guy for me to meet. I went through his profile and he did look good, so I agreed to meet him. We met at this fancy restaurant for a dinner date, and everything seemed fine. Except for the fact that he kept checking his phone because he was constantly getting texts from someone. And finally, that other person called. Now my date started speaking to the phone in Spanish, which was a little odd for me, but since he was Latino, I didn’t think much of it. What he didn’t know though was that I was fluent in Spanish myself since I had a Mexican nanny for my entire childhood. I could understand perfectly what he was saying to the other person. They had made plans for me to go to his place where they would drug and rape me. Horrified, I had the presence of mind to begin recording the entire conversation. I then went to the bathroom, dialled 911 and made them listen to the phone recording. That loser ended up going to jail. I just shiver to think what would have happened if I hadn’t been raised by a Mexican nanny."

Now if this isn’t #1 on every girl’s list of creepy encounters with strangers, then we don’t know what is!