Anime makes up a large portion of the world’s category for animated cartoons. Although many may disagree and claim that the former has nothing to do with cartoons, it, however, does. Despite the common misconception that anime is designed for kids, there are many adults who enjoy watching it, too. Here are top 10 adult animes. 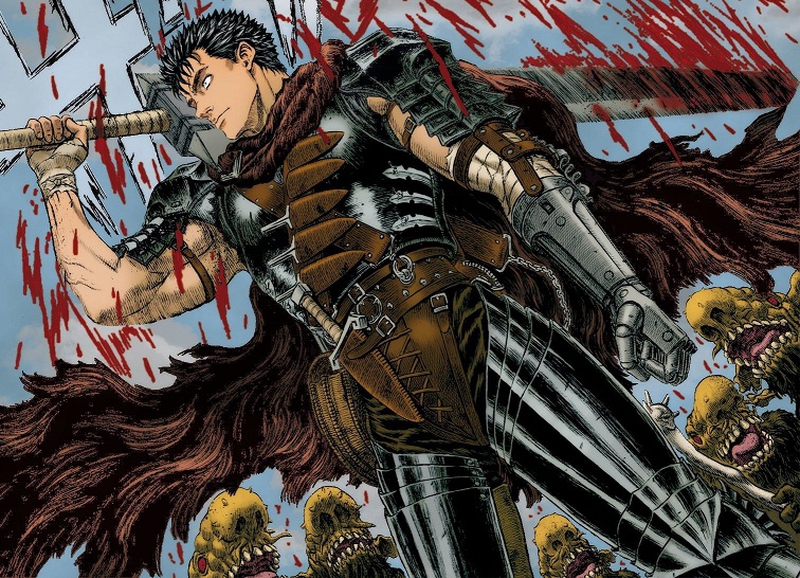 These 10 adult animes are ordered by release year, and each of them get great reviews from anime fans. Enjoy!
1

Handing overall control to children aged 14 years, the earth is on the brink of complete annihilation. Set into the future, angels have decided to strike down on the planet.[d1]  The ability to hold them back lies in the hands of NERV, the paramilitary organization which owns Evangelion–a high-end tech robot. The only people capable of operating this robot are, however, children. It is a wild ride.

Among all the adult animes, Berserk can be taken as a classic one. War and chaos have wrecked everything apart and a hired swordsman, Guts, finds himself allied with the Band of the Hawks, a mercenary group. The leader and a dashing soldier, Grifith and Casca, entrap Guts under their spell and together they shall have their loyalties tested as a battle is bound to commence at the end of the world.

The female Cyborg and her support team are about to set for a journey into the future. Perils and danger lie in their wake as their adventure takes them on an experience of a lifetime. Traversing into a whole new level of intellect and realism, you shall be taken into a roller coaster of mind-blowing concepts and characters.

Mafia and sci-fi combined together has brought forth this enticing adult anime series. A tale of love, betrayal, revenge and lust for vengeance, Gungrave gives new insight into how the real world out there truly is. Harry and Brandon were more like a family rather than just friends, but wealth and power have transformed them into blood enemies.

Gifted and possessing great power, Lelouch is bound to transform history. This is another tale of family and revenge. Lelouch waits in silence to avenge his mother’s death and seek revenge over his father. All he wants is to ensure that his sister, Nunnally, is provisioned with a better world. Engrossing and combining live action with drama, it is a surreal series.

Initiating a fantastic twist to the cliché stories of kidnap and foreign lands, Black Lagoon circulates around an office employee who has been used and dumped by the corporation he worked for. Stranded in Thailand, the only option left for him is to turn against the people who have abandoned him and join hands with his kidnappers. An epic spinoff with unexpected interweaves, this adult anime series is a must-watch.

It starts with the leading character waking up without a single memory, no clothes, a gun in one hand and a phone in the other, and to top it all off, lying right in the middle of the White House can be intriguing and frightening. The only person reachable via the phone is an anonymous operator with the ability to deliver anything to this Japanese guy. He sets off on a tale to rediscover himself.

Desperate for a job, a highly unconfident samurai takes up a position as a bodyguard for an elite member of a criminal gang. Kidnapping and bribery are what they do and the samurai warrior has found himself too deeply involved in their plans to back out now. Digging deeper into the history of this gang which goes by the name of “The Five Leaves”, he discovers wonders.

This is an anime series that ran from March to June of 2011. The story is based on a manga and spawned three film adaptations in 2012 and 2013, and two video games. The story follows two middle-school girls, Madoka and her friend Sayaka, who are offered any magical powers they wish in exchange for fighting witches. The offer is made by a cat named Kyubey, who turns out to be from an alien race, looking to harvest the emotions of young girls. The story is rather heavy with blood and violence.

Based on a manga of the same name, Attack on Titan, another master piece of work of adult anime, ran from April to September of 2013. The story centers on three people—Eren, Mikasa and Armin—who join a military school after witnessing a devastating attack on their hometown by the Titans, which killed Eren’s mother. The Titans are giant humanoid creatures that basically eat people. As cadets, Eren is attacked by a Titan but learns how to become one somehow, helping the people fight the other Titans.