Introduction
Part 1
1 A 3,000-Acre Animal Paradise
2 The Fancy Indian Temple That's Also a Giant Community Kitchen
3 The Awesome School That Happens To Be Under A Bridge
4 The Former Hotel That Houses Homeless People
5 The Happiest Village In The World (Is For Very Sick Kids)

Cynicism is easy to come by when literally any combination of words punched into a search engine reveals twisted pornography and creative racism. But optimism takes work. That's why we decided to go out of our way to find some of the greatest places on the planet; places that people created simply to try to make existence a bit more awesome for those around them. Here's what we found: 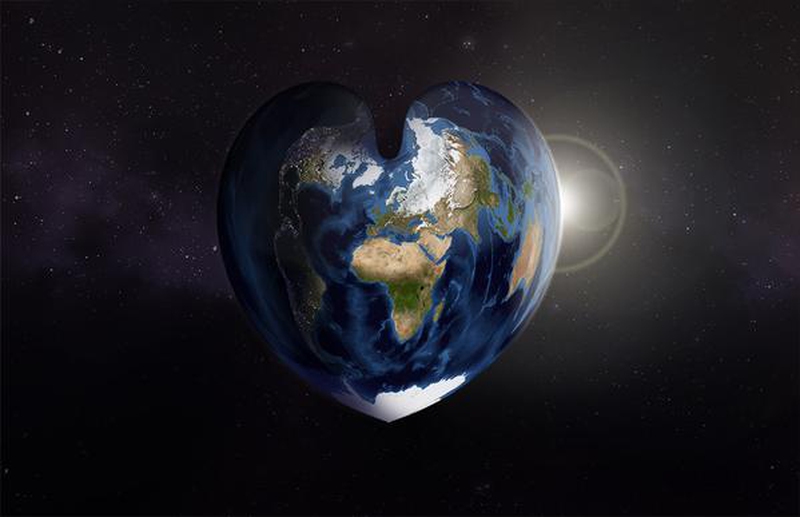 Animal shelters are universally depressing places -- dismal prisons for creatures whose only crime was being too snuggly. But the Best Friends Animal Society Sanctuary is something different ...

Located in southern Utah, the 3,000-acre sanctuary serves about 1,700 animals in need on a daily basis and kills zero of them. As the largest no-kill sanctuary in America, it keeps animals for as long as it takes, even if they have special needs, disabilities, or are just plain farty. The sanctuary is separated into areas with names like "Dog Town," "Cat World," and "Horse Haven" (tourist tip: avoid "Tarantula Terrace"), each of which includes group homes that are probably nicer than any apartment you've ever had. Even the pigs "enjoy a short, squat, adorable piggy village with warm homes."

Meanwhile, the Wild Friends area rescues everything else -- bobcats, eagles, hawks, owls, bats -- then releases them back into the wild when they're all better. Of course, they're welcome to continue chilling at Best Friends for life if they can't be released for medical reasons or are super lazy.

In 2013, 992 animals were adopted from Best Friends (out of 1,700, that's pretty good), not to mention the 37,000 pets they helped put in homes through their various community programs, local shelters, and partner networks. Remember "the nice farm upstate" your parents said they sent your dog to, when he got sick? This is probably it!

Quick, picture a community kitchen. You probably see something drab and grey, likely in an industrial district. It's always raining and there's a sick old dog standing off to one side, right? Well, here's the largest free community kitchen in the world:

That's the Harmandir Sahib in Punjab, India, the holiest shrine in the Sikh religion and home to a kickass lentil soup. The "Golden Temple" also offers free bread and rice 24 hours a day, every day, to anyone who wants it. About 75,000 people eat there on an average day.

Seriously, you simply go in, sit on the floor, and get served some delicious munch. All they ask in return is that you take off your shoes, dress sensibly (no sequin capes that say "Pussy Master" on the back), and don't bring in cigarettes or alcohol.

There's also live music and dormitories for pilgrims to sleep in. Though we're not sure if they're co-ed, which shouldn't be a problem, since you had to check your lucky cape at the door anyway.

The Awesome School That Happens To Be Under A Bridge

In 2008, Rajesh Kumar saw some kids playing in the dirt in the streets of New Delhi and asked their parents why their weren't in class. There were a number of reasons (the school was too far, it was dangerous to get there, dirt don't hurt, etc.), but the main takeaway was that if Kumar cared so much, why didn't he teach them himself? So he said, "Sure!"

And he started a free classroom on a comfy spot below a busy overpass.

In India, only 10 percent of kids finish secondary school, and as many as eight million can't even write their own names. You know your educational system is screwed when "some random dude teaching kids under a bridge" is an improvement.

According to Kumar, he started with a handful of students, but within a month and a half, he had 140. While he has no formal training (his day job is running a shop), Kumar has help from Laxmi Chandra, a postgraduate in science. Kids here have access to clean water, food, shoes, school supplies, and other stuff cool people from all over the world have donated through this Facebook page. No, the kids probably don't need your old calculator with "80085" burned into the screen, but you can hit up that page and double-check anyway.

Since 2005, Utah has been trying a radical new plan to reduce the number of homeless people in the streets. It's called ... "giving them homes." Not run-down flophouses, either:

Now, if your pickup truck has nuts on the back, then giving poor people nice places to stay might sound like some commie bullshit to you, but it's actually saving the state money. It turns out that the homeless were racking up quite a bill: Utah has calculated an annual per-hobo cost of $20,000. On the other hand, housing them costs only $8,000 each -- much less than an army of homeless-wrangling robots. The Housing First program is a rousing success; Utah has enjoyed a 74-percent drop in chronic homelessness since 2005. It's working so well that, in 2009, they took the next step and turned a former Holiday Inn into a 200-room housing development called Palmer Court, where around 350 no-longer-homeless people have access to beds, kitchens, a laundry room, and more.

Palmer Court isn't exactly free: residents have to contribute at least $50 a month, but that's definitely attainable, and it sure beats the alternative housing arrangement, which is "piss off."

The Happiest Village In The World (Is For Very Sick Kids)

Henri Landwirth knows a lot about crappy childhoods. From ages 13 to 18, he lived in Nazi death and labor camps, where he lost both of his parents. After working his way to America and becoming a successful hotelier, Landwirth could have easily used his money to buy himself a gold-plated Ferrari and nobody would have blamed him. He'd earned it. Instead, Henri founded Give Kids The World, a village near Orlando that is specifically devoted to giving other unfortunate kids their childhoods back.

Forty percent of Make-A-Wish Foundation requests are related to the Walt Disney Company, which is why Landwirth used to give free hotel rooms to the families of sick kids visiting Disney World. But when he heard about a girl who died before a room could free up for her, Henri decided that wasn't enough. So he built a 70-acre resort in Kissimmee, Florida that hosts kids from over 250 wish organizations, and all for free.

Each family gets to stay in one of the 144 two-bedroom villas and has access to a carousel, a theater, train rides, video games, a spa, a Candyland-themed playground, a swimming pool, mini golf, horseback riding, fishing, two restaurants, and an ice cream parlor. Basically, if you asked a kid to design the perfect city, this is what they'd draw -- minus the flying Corvettes and flaming swords, of course. Safety first.

Plus, every Monday is Halloween and every Thursday is Christmas, complete with all the candy, gifts, and bright red fat dudes that you'd expect. There are also American-Idol-type shows for kids (except the contestants feel good about themselves afterward) and elaborate pirate and princess-themed parties. Some of the kids might not feel up to leaving the village to meet their favorite Disney characters. But that's okay, because all the characters will come to them: