The historic battle was fought between Akbar and Hemu, on November 1556. Hemu was a powerful and loyal Prime Minister of Mohammad Shah Abdali of Bengal. Hemu was having, sophisticated weaponry, 3,500 War Elephants, and lot of artillery. In spite of this he had to face defeat before Akber in the Battle of Panipat fought in the year 1556. A careful analysis reveals the following 10 reasons for the defeat of Hemu in the famous battle of Panipat. 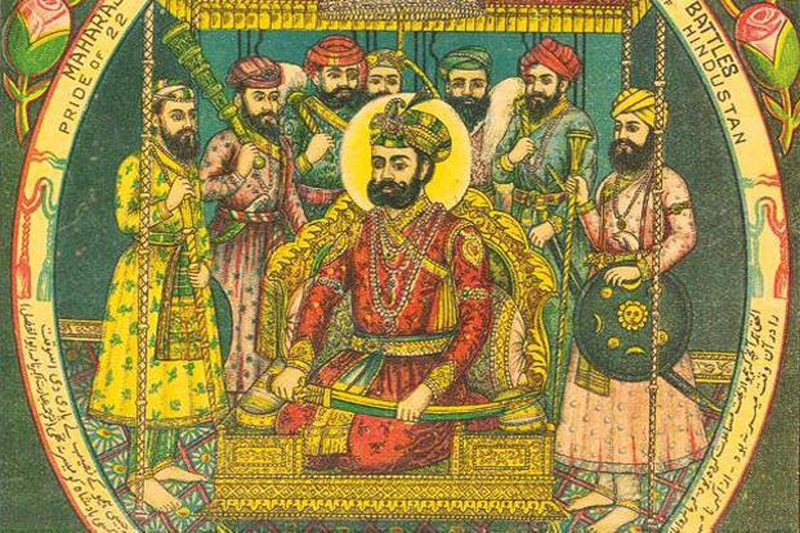 Hemu was loyal to Mohammad shah Abdali and won many battles for him and acquired many territories. When he marched to Delhi, the Governor was Tardi Beg who fled away. Hemu has not continued his offensive policy and gave some gap. This is one of the reasons for his defeat. He gave a gap to his offensive policy towards Mughals.

He sent most of his army to Punjab. He never anticipated that he had to make another important battle on the Indian soil in which he had to confront with Akber, a boy of 14 years backed and inspired by an intelligent and experienced Bairam Khan. His decision only to take a march on Delhi was not taken with a shrewd mind. He only came to know the death of Humayun. He immediately took up a march. He knows pretty well, he had sent most of the troops to pubjab along with artillery. But, he did not think about the consequences and took the situation very light. He took Akber as a boy of 14 years only and never estimated the power of the intelligent and experienced forces working behind Akbar, who are ready to shed their blood readily for the sake of their leader.

One of the greatest blunders he made was directing the forces personally sitting on an elephant in the battle field. This shows how he underestimated Akber, the future Mughal ruler of India. He has not prepared anybody to be the second in the rank in the event of a situation leading to his absence. The No position was always blank.

He lacked vision and was over confident. He sat on the elephant and exposed himself to the enemy in the battle field. When he was wounded his troops got annoyed seeing their leader wounded. They were disheartened.

The mistake of Elephant driver is also contributed for the worst situation. When Hemu was wounded by an arrow in his eye and was suffering, the driver of the elephant took him away from the battle field. It only sent wrong signals among the army that their leader is wounded and he is escaping. Instead of that, the driver should have taken him to a safest place within the territory of his troops.

When the troops saw their leader being taken away from the battle field, they got disheartened and this situation was successfully cashed out by Ali Quli who was waiting for the right time. His master mind ordered for immediate capture of the artillery, the back bone of Hemu’s army. This was the actual death blow. As most of the artillery was sent to Punjab, its shortage was felt actually on the battle field. Added to this, lot of booty was also captured.

Hemu was actually over ambitious. He actually wanted to become the king. He did not gather the needed support for giving final shape to his ambition. He actually needed the support of his master Adil Shah who stayed away from the scene. If his master was there, he would have controlled the situation and would have filled the gap of the absence of Hemu in the battle field and the fate of Mughals would have been different.

He had no experience general like Bairam Khan on his side to encourage the troops in the time of necessity. As he was always selfish, there was void always between him and his troops. Historians say that he was a Baniya, who worked in different positions in his life and slowly fell into the good looks of Mohammad shah Abdali , who made him his deputy. The reason for under estimating the power of Akber was the socio political and economic situations prevailed at that time. Hemu viewed the situation from these angles only and under estimated the situation. There were separate kingdoms under Rajputs who were formidable opponents for Mughals. There were kingdoms like Gujarat and Malwa who declared themselves independent. Akbar’s brother Hakim aspiring for Indian Territory. The kingdoms of Ahmadnagar, Bidar, Berar, Golkona, and khandesh were absolutely independent. The nobles had significant role. The king had no power. The king was not supposed to interfere in the affairs of nobles. There were many superstitions and religious beliefs among the people. The economic conditions were dictated by the imposition of jigya and pilgrimage tax. There were epidemics and many people died of hunger and starvation. Hemu wanted to utilize the situation to his favor and underestimated Akber. No doubt, as a Baniya he could not face the situation practically when the situation becomes adverse to his expectations and understanding.

He never had any advisor. He was an advisor for himself and to others. Finally his mistake led to the victory of Akber in the 2nd Battle of Panipat and paved the way for the establishment of Mughal Empire on the Indian Soil.