With hundreds of episodes over the show’s twenty-year run on Comedy Central Network, South Park has aired some of the funniest shows on television. From just plain silly to satirical black comedy, there are so many great episodes to choose from. We have compiled a list of what we think are the top ten best South Park episodes. See if you agree.

These 10 best south park episodes are in no particular order, but each is so hilarious that you just can't miss. Enjoy!
1

The boys become obsessed with World of Warcraft as well as beating a middle-aged gamer who is ruining the game for everyone. Randy, wanting to connect with his son Stan, starts playing the game and gets sucked in. The boys eventually become just like the expert gamer—fat, lazy and covered in pimples. The episode makes fun of the game in an affectionate way, while also play the stereotype of the lone gamer in mom’s basement. 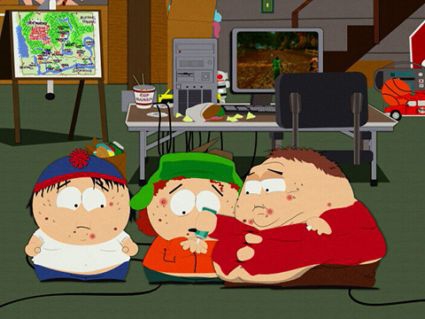 Eric Cartman is tired of being bullied by the older Scott Tenorman, so he creates an elaborate scheme for revenge. This is the episode that truly establishes Cartman as the selfish and horrible person that fans have come to love. It is about pure and simple revenge, but the plan comes together in a climax of comedic horror in the show’s last few moments. 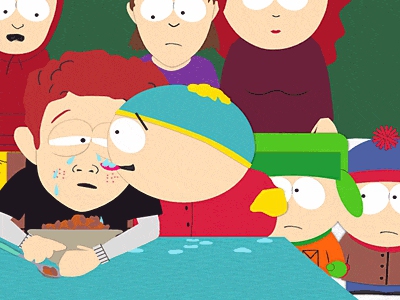 Trapped in the Closet (Season 9, Episode 12)

Personally, I think this one is one of the best south park episodes. This particular episode creates an uproar for its incessant mocking of Scientology and its most famous adherents, Tom Cruise and John Travolta. It also angers the loveable Chef, Isaac Hayes, who was the star and the voice of a church. It also manages to include and mock R. Kelley’s awful musical. Not only do the church members believe Stan’s wild science fiction stories as the reincarnation of founder L. Ron Hubbard, but the funniest joke is the constant flash of text throughout the episode, reminding fans “THIS IS WHAT SCIENTOLOGISTS REALLY BELIEVE.”

This episode combines the comedy of parents being bombarded by salesmen who is trying to get them to buy condo timeshares and the parody of the 1980s sports movies that involved a cheesy rivalry/competition. Tad is a typical bully who’s picking on Stan, while the salesmen are the bullies, pushing for sales. Trey Parker lends his voice to the manipulative salesmen and the result is priceless

Kyle plans to celebrate his birthday at Casa Bonita, but Cartman isn’t invited. As is typical, Cartman begins scheming his way into being included in the birthday plans. While those plans aren’t as criminal as they are for Scott Tenorman, Cartman attempts to fool poor Butters into believing the world is about to end. It is a solidly funny episode with the best joke coming when Butters tries to proposition a woman to repopulate the world.

The Return of the Fellowship of the Ring to the Two Towers (Season 6, Episode 13)

The quest to deliver a videotape to Butters’ home becomes a Lord of the Rings adventure for the boys. They have included younger boys in their fantasy game, including Kevin who would rather play Star Wars, even wearing the helmet of a Stormtrooper, though the others are dressed for Lord of the Rings. The episode is actually a loving tribute to the Tolkien, a trilogy of films and books that includes the mistaken delivery of a porn film, which slowly transforms Butters into Gollum. I missed this episode when it was first released on air, but after catching up, I was like "This is definitely one of the best south park episodes ever."

This episode combines bits of the original pilot episode of South Park in which the boys discover that everything that happens on Earth is a part of an elaborate reality television show for aliens. The intergalactic adventure mocks the wave of popular reality TV by the boys discovering overwhelming evidence for the existence of aliens and trying to save the planet from destruction. 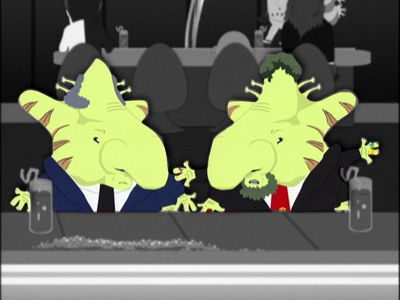 This is a unique episode because it employs two different styles of animation. The boys manage to buy deadly weapons and play ninjas. As they play their game, they are animated to actually look like warrior ninjas in a Japanese anime style. The episode goes back and forth between these two styles as it follows the boys through many mishaps until someone realizes they shouldn’t have the real weapons. 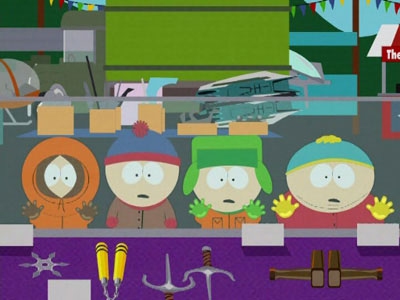 I'm going to count Marjorine into the best south park episodes at least it's one of my favourites, since I'm kind of obsessed with the young boys and girls topic, and all that stuff going on in their mind. As we know (right?), the boys are obsessed with finding out what the girls do at their slumber parties, so they convince Butters to fake his death to find out the answer. Butters shows up at school the next day as the new girl Marjorine and gets invited to the slumber party. The funniest part comes when Butters begins to become one of the girls as the show touches on some horror movie clichés. 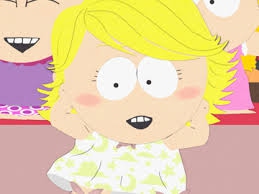 Stan, Kenny and Kyle want a new sound for their band, so they download music illegally. Cartman is determined to have a hit Christian record and become famous, which is just ridiculous. The boys are shown why it is bad to illegally download music by visiting celebrities who only live in partial luxury instead of total luxury because they lost money to illegal downloads. It mocks the idea that theft is sometimes okay in modern society owning to the technology. 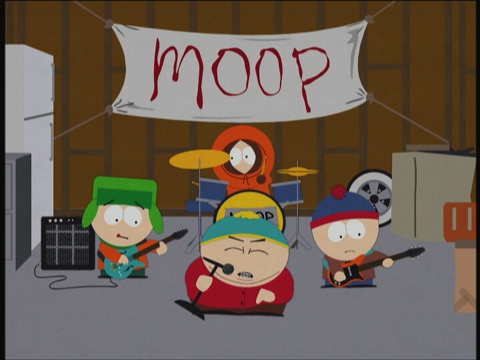